Epigenesis was developed by a team of 10 members as a contender for the Epic Games hosted Make Something Unreal Live 2013. We went on to win the competition, showcasing the game around Europe and gaining invaluable experience in the process. Since Make Something Unreal Live was a student competition at the time, we were doing this project in addition to our university studies for most of the two year period it was developed. My role was primarily that of creative director and project manager, but also included many other areas of game design including gameplay and technical UI design. The game went through Steam Early Access and was fully released a year after, in August 2014.
During this project I developed the following skills:

The feature I’m the most proud of is the double win condition design which allows matches to remain engaging until the moment the clock runs out. During matches, players make scores on the opposing team like in basketball, gaining points for each score made. However, with each score they also gain a seed which can be used to take control of one of the towers in the arena. To capture a tower, it has to be connected to your team’s spawn tower (see the minimap at the top of the screenshots above), connections are built by capturing towers and thus slowly you’ll get closer to the other team’s spawn platform. Capturing the enemy team’s spawn platform (where their hoop is standing) wins you the game. If the time on the clock (at the top, above the minimap) runs out, the team with the most scores win.

This created adrenaline filled situations where a team could be up in scores, but the other team could have captured towers all the way up to the final tower next to the leading team’s hoop. This created an ‘always on the edge’ situation where both teams felt like they were close to victory and treading the edge of defeat at the same time! A team could be down by ten points, but it would never take them more than the minimum amount of towers between the two bases to make a comeback and win the match, which generated interesting gameplay both to watch and play. The double win condition design fitted the fast paced feel of the game, with each match clocking in at ten minutes and huge comebacks being done in less than one. 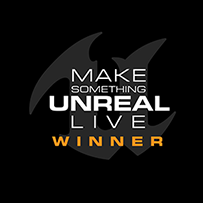 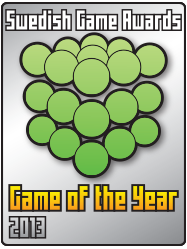 Epigenesis wins Game of the Year at the Swedish Game Awards 2013.