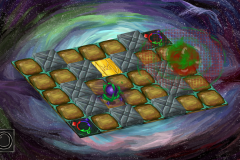 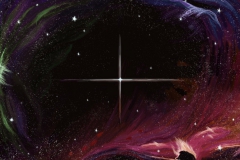 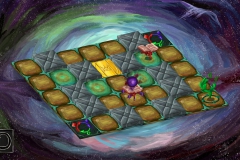 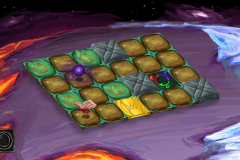 My position: Game Designer and Programmer

Developed by: As a part of our Bachelor’s Thesis

Release Date: Only a prototype was created, and never officially released

A dramatization of the differences and similarities between Christianity and Secular Humanism, using the medium of games. The game is designed to make possible several different interpretations of the subject matter. A Can of Soda lets the player follow the inner monologue of a person contemplating different life philosophies. The game’s mechanics and art are designed from the differences between debate and dialogue. The game aims to show the value of being able to see a topic from several different perspectives.

For more information about the design decisions and research that went into creating this title, please browse through the bachelor’s thesis Understanding Through Games: Life Philosophies and Socratic Dialogue in an unusual Medium.

Games as a medium is about to change, and with this change comes a search for themes outside the normal range of what is seen as acceptable in the medium. In this paper we, Michael Levall and Carl Boström, use debate and Socratic dialogue to portray the value of looking at a topic from several different angles, with the topic of choice for this project being life philosophies. During production, we create a game which sets out to affect its player even after he or she has finished playing it, possibly teaching the player the value of looking at a problem from different perspectives. Playtests conclude that in order to affect the player, the game should be catered to the player’s skill in interpreting games, and interpretable design can be used to affect how influenced the player is by the game.

Check out the other games I’ve worked on